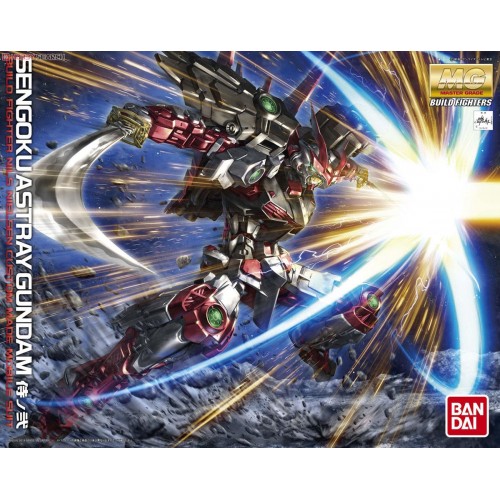 - The Revealed Sengoku Astray in high quality detail, in MG -
- Sengoku Astray appearance that is based on the Astray Red Frame becomes MG. Such as armor warrior
I reproduce in-depth detail of the 1/100 scale only by the respective units armor. In addition, shoulder armor
The shield and, I adopt each deployment gimmick. By adopting clear parts, plating parts, the foil
It is reproducible even just color molding and seal, but also the texture and color of the ring configuration.
- I reproduce the detail of 1/100 scale armor, such as the warrior armor. Molding and color foil seal,
Can reproduce the color of the ring configuration. In addition, I adopt a clear plastic knee and shoulder, and the shield
Such as, attention to texture of each part, three-dimensional.
- Shinzo shoulder armor deployable. Sword around the wearing and large knuckle, weapons also reproducible.
- Devil mask of the backpack is equipped as a shield. Opening and closing of reproducible "mouth" in the slide of the jaw.
- Samurai Sword of two swing, blade of the Kotetsu and chrysanthemum single character plated parts specification.
- Reproducible and a combination of two-weapon fighting and deployment of the shoulder arm, a variety of poses.
In addition, can also have a Samurai Sword in the shoulder armor.
- Aircraft that has its own remodeled Sengoku Astray 頑駄 F. .. Astray Red Frame. Kotetsu and The Chrysanthemum and the character
Samurai Sword say (Japanese sword) weapons of main. ( This is a machine translation. Please allow for possible misinterpretations in the text. )
Other Products