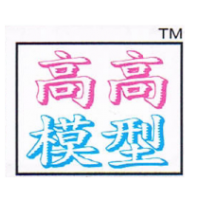 TT Hongli used to be in the production company for toys, but years after that it turning for modeling BANDAI (Bandai) company Gundam series model.

GaoGao (GG) model is the TT Hongli after renamed company, due to the production of plagiarism from genuine Gundam of BANDAI Gundam series model.

After the end of Lawsuit, it renamed as current GaoGao (GG) model.

Plastic Model with cost-effective by GaoGao greatly transcend Bandai and influenced Bandai model sales in the China market. As the result Bandai prosecution repeatedly into GaoGao, and commissioned a consulting firm to wantonly Report selling GaoGao model shop on Taobao.com. From July 2012 to August, most of the large sales GaoGao model Taobao shop was report by Bandai and urge to close down. However product of GaoGao still remain strong sales.
In comprehensive assessment, the gaogao model quality probably is Bandai's 85%, the price is Bandai's 25%.

Original TT period the quality of the model and the current GaoGao (GG) model the difference in quality is not too much, part of the quality of the model have been improved. Such as MG Unicorn, during TTHongli brand, the transformation mode is very difficult. After rebranded  transformation have definitely improved.
Also said to have partial GaoGao model quality than the previous the TT era of quality.
The best quality closest to genuine model are: MG Justice, MG Sinanju `` `` ``
But overall GaoGao model in the domestic model is still very good sell.
The quality GaoGao model before and after the sale of Sazabi , quality has significantly improved, we can say a BANDAI after matte model version, but
bootleg and original quality difference is still undeniable, the orginal can not be replaced.