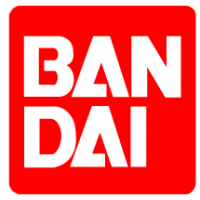 Bandai Co., Ltd.
(株式会社バンダイ Kabushiki-gaisha Bandai)
is a Japanese toy making and video game company, as well as the producer of a large number of plastic model kits. It is the world's third-largest producer of toys (after Mattel and Hasbro).

Some ex-Bandai group companies produce anime and tokusatsu programs. Its headquarters is located in Taitō, Tokyo.

After the merger with game developer and amusement facility operator Namco, Bandai Co., Ltd. is now under the management of Namco Bandai Holdings and a member of Bandai Namco Group. After group reorganisation in 2006, Bandai heads the group's Toys and Hobby Strategic Business Unit

ADELE
RM 66.00
Roll out the second-generation mass production machine ally! that the range of motion i..